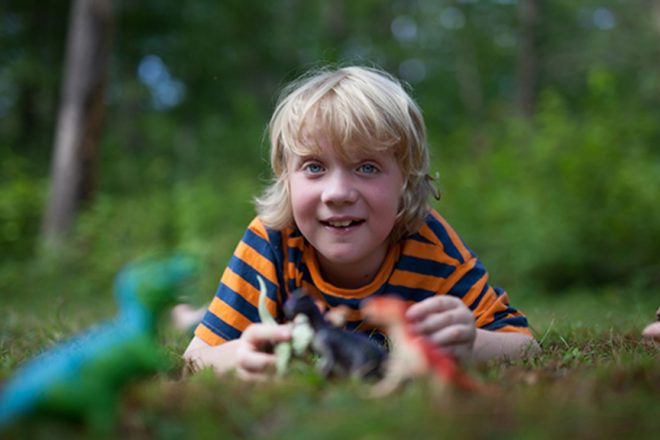 It’s so hard to believe that it’s been almost two years since the first Everest to End Duchenne (ETED) trek in Nepal! So much has changed in our lives since then – some good, some not so good.

The 2015 ETED was our highest grossing fundraiser ever, which is why we are doing it again, with a new team, new route in the Himalayas to Base Camp, and renewed energy to raise twice as much money for medical research for Duchenne, and to symbolically take these children who suffer from DMD to the rooftop of the world with us.

And here is the reason why:

Gus has been on a clinical trial for over a year. While we feel lucky for the opportunity and some increased stamina, this drug is a not a cure. It is a potential stop-gap while we wait and hope for something better. Meanwhile, our boy has started the downhill slope with the monster that is Duchenne.

Once he is upright, he still gets around quite well for a 12 year old with DMD, and for that we are grateful. But watching this decline is incredibly painful.

Gus doesn’t talk about it, really. But he is exhibiting more anxiety in general and we have to believe it’s because he is losing the ability to do things that he has been doing since he was 18 months old. I cannot even imagine the fear and confusion in his little head.

He’s in therapy – we’re all in therapy. We work every day to try and accept these changes and make life as normal as possible. But my heart breaks 100 times a day for him.

And it’s not just about Gus.  Every single person with Duchenne is currently facing this same fate. I cannot shake the overwhelming feeling that we must do MORE!

Hope for Gus has funded some exciting science in the last few years, but the waiting game to get these things to trial is excruciating. It will most likely be some kind of gene therapy that will be a game changer for Gus and all kids with DMD.

So, to that end, we are making a HUGE EFFORT with Everest to End Duchenne 2017. We are working to make this this campaign bigger and better than ETED 2015 and all money raised will go directly to CRISPR Technology.

CRISPR is a gene editing technology that has the potential to cure many genetic disorders, not just Duchenne, which also makes it a great investment.

In fact, NBC News recently had a wonderful story on CRISPR – they are calling it a life changer. Check it out here. http://www.nbcnews.com/megyn-kelly/video/life-changer-965215299885

Photo credit: Living in the Light of Rare Diseases